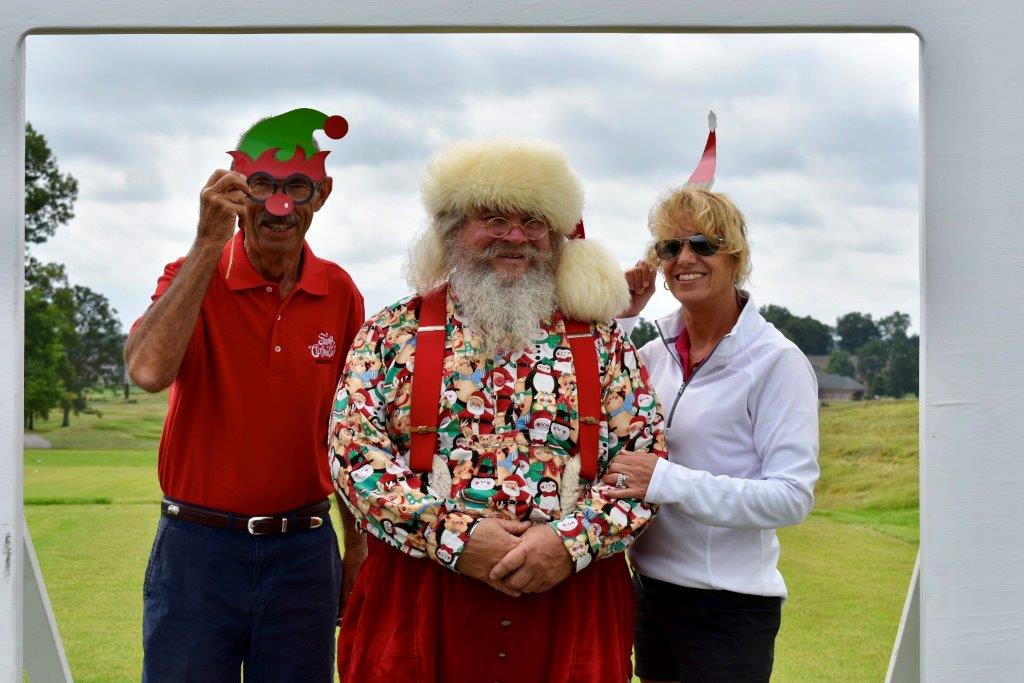 Supporting this great local charity does a lot more than just warming hearts.

Over the last 13 years, Sterling Industrial has raised approximately $400k for the Santa Clothes Club. This year’s golf outing fundraising event at Cambridge Golf Course in Evansville was right on par! Since their founding in 1946, the Santa Clothes Club has worked tirelessly to provide new warm winter clothes for disadvantaged children in the Tri-State from kindergarten through the 6th grade. For many of these children, this is the only new clothing they have ever received.

Sterling’s bond with the Santa Clothes Club was knitted together decades ago when Sterling’s founder, Dan Felker, benefited from the charity personally. When asked why this organization is so important to him, Dan simply answered, “I’ve never forgotten how it felt when they were there for me and my family.” Listening to him explain it in his own words, you quickly understand that this wonderful organization does a lot more than just clothe 2,500+ children annually. You realize that what is at its very heart and soul is providing children with dignity, pride, and the chance to fit it. It’s a lot more than the basic necessity (clothing) that so many of us take for granted each day. Dan says it best, “For a child, it’s a good feeling to put on a new pair of shoes or pants. It helps them mentally. It makes them feel special.”

In the early days of the Santa Clothes Club, kids would go to the YMCA and would shuffle through bins of pre-positioned items…”In hopes they’d find something that fit them,” as Dan says. Then, for many years, Sears provided a shopping place that gave families a chance to get new retail items. Today, Wal-Mart, is the place locally that supports the charity and makes it a seamless transaction for families that easily blend into the background with other shoppers, another way of respecting the children and their parents’ dignity, as Wal-Mart redeems gift cards that pay for the clothing.

What really puts the icing on this organization’s cake is the fact that the Santa Clothes Club is organized and supported through its network of 100% volunteers. This volunteer group is the core who oversee the annual fund drive, including the solicitation of funds, obtaining the names and addresses of the needy children, purchase and distribution of clothing, producing the telethon and any other programs in the community. For more than 60 years, WEHT has hosted this telethon in early December, utilizing their on-air talent. The entire broadcast, from on-air talent to camera operators to phone bank operators, is staffed entirely by volunteers. Every dollar generated through the telethon is used to purchase clothing, with any miscellaneous expenses being absorbed by participating individuals, groups and the television station.

To find out more about the Santa Clothes Club, visit their website at:  www.santaclothesclub.org.

previousJoin Us On Social Media

A construction partnership like no other – above ground or below, on land or in water.